Has Yorkshire’s first sauna been discovered? 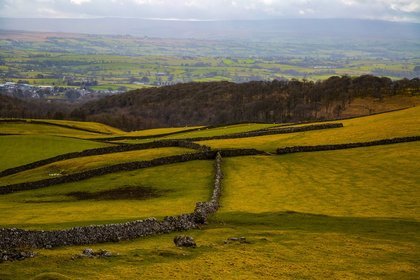 Archaeologists who have been excavating a 4,000-year-old monument may have found the site of Yorkshire’s first-ever sauna.

This mysterious wood monument is a giant circular henge that is located in Little Catwick quarry, near Hornsea. The monument was built at least 4,000 years ago and originally it would have been encircled by wooden posts.

This is the first woodhenge to be found in Yorkshire and its continued excavation has led to some speculation that this could have actually been the site of an ancient sauna. With a pit located at its centre that contains heavily burnt stones, the suggestion is that the site has a ritual significance.

Marden Henge in Wiltshire is a similar site that has been recently discovered, dating back to roughly the same time. Marden Henge features wooden huts which possibly could have been used as sweat lodges. These findings suggest that people were heating up the stones at these sites, sitting around them, and then throwing water to create steam. This ritual is similar to that of American Indians.

“I’d like to totally dismiss it - but they have had them in Finland for 2000 years and there is Marden Henge,” lead archaeologist John Tibbles, of East Riding Archaeology, told The Yorkshire Post.

It’s certainly an interesting thought and fascinating to imagine ancient peoples heading to this grand monument for a little rest and relaxation, not entirely different from those that make the trip to modern-day spas in Yorkshire.

Saunas, in some form or another, have been used by civilisations throughout history, and whether or not this mysterious monument was indeed a sauna of old, it’s quite something to think that people were enjoying such rituals all those thousands of years ago.

SEE ALSO: Can a spa help with your allergies?

For more tips, news, and advice, visit our blog and check out our spa treatments before your trip to Titanic Spa.