Is whole wheat no healthier than white bread? 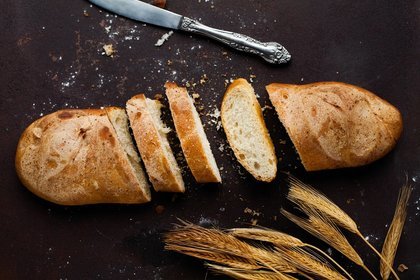 Food scientists have claimed that wheat bread isn’t actually any better for you than white bread.
This of course goes against the long-standing notion that for healthier bread consumption we should be stocking up on wheat instead of white, but as with all things of this nature, the rules and data are ever-changing.
Now it’s the turn of the bread world to be flipped upside down. In his new book Modernist Bread, Nathan Myhrvold boldly claims that white bread is no worse for you and may actually be healthier than wheat.

Myhrvold is the former Chief Technology Officer of Microsoft and has over the past 15 years been advancing the culinary field through his scientific exploits. His team of scientists, known as Modernist Cuisine, like to go into great detail – such as testing 100 versions of a recipe – and their first book, The Art and Science of Cooking, won the James Beard Award for Cookbook of the Year in 2012.

Bran is not the healthiest part of the bread

Regarding his wheat vs white bread revelation, Myhrvold told Bon Appetit: “If you made a list of what everybody knows to be true about nutrition, one of those things would be that whole grain breads are both more nutritious and better for you, health-wise,” says Myhrvold. “And, unfortunately, there's no evidence of either one, and kind of evidence to the contrary.”

After looking through 50 years of studies, Modernist Cuisine found that all different types of bread have virtually the same impact on your body. It was thought in the past that bran was the healthiest part of bread (tracing back to the 1970s) because it contained superior levels of fibre and vitamins, but controlled studies were never able to back this up.
“If you look on a nutrient-by-nutrient basis,” Myhrvold explains, “there's a couple things that [wheat bread] would be slightly better on,” including vitamins like phosphorus, manganese, and selenium, “but they're generally not important in the sense that they're not things most people run a deficit of.”
Myhrvold has also found that our bodies don’t absorb many of the vitamins and minerals that are found in raw grain, meaning that a lot of the nutrients in bran aren’t actually benefiting humans.
So, what do you think? Will this be likely to change your bread shopping habits next time you visit the supermarket? If you're keen to know more about health-boosting foods, check out our article Superfoods: the fact and the fiction revealed.
The world of food health is an ever-changing one, but by keeping up with the latest news, eating moderately, exercising, and looking after mind, body and soul at a relaxing spa weekend in Yorkshire, we can do all that we can to stay ahead of the game.