How healthy is England as a nation? 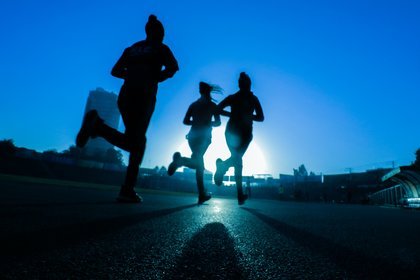 As a country, how healthy is England? Well, the annual Health Survey for England has recently been released by NHS Digital so we can get our answers.

Many of us know the importance of staying fit and healthy but not all of us have the same desire and drive to do so. This is apparent when looking into the NHS’s most recent study into the nation’s health.

The study conducted, which essentially took a stock-take of England’s health, measured a number of factors including exercise habits and happiness.

The results show that nearly half of the country is trying to lose weight, with 29% going to the gym or exercising to do so.

Four in 10 are missing health targets

The survey shows (via BBC) that six in 10 adults are overweight in England and this is a figure that hasn’t changed much over the last decade, indicating that government efforts isn’t a motivating factor.

NHS Digital’s survey also reveals that people spend, on average, five hours per day sitting around outside of work hours. That doesn’t leave a whole lot of time for exercise, which the results bear out. Nearly four in 10 people do not reach the target of 150 minutes of moderate exercise per week or 75 minutes of vigorous exercise.

On the plus side, the study reveals that smoking levels have dropped significantly. These days, fewer than one in five people smoke, which is down from over a quarter of adults at the turn of the century. The level of drinking has also decreased but men are still twice as likely to drink as women.

However, there is a caveat, as the diminution of smoking and drinking has been offset by nearly half of adults taking prescription medication in the past week.

While the results are mixed, we can all improve, and the good news is that there are many options available to us, including stopping by a spa hotel in Yorkshire to take care of our bodies.

It takes dedication and a certain amount of determination to succeed but with hard work and patience, we can all reach our healthy living targets.

For more news, tips, and advice, including about staying healthy in winter, head to our blog.