A healthy heart in your 20s could prevent dementia 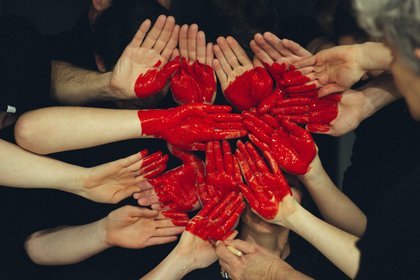 A study has found that young people in their twenties who have a healthy heart are less likely to suffer from dementia later on in life.

Experts say a study published in the Journal of Neurology shows that those who exercised and ate well in their younger years had boosted brainpower in middle age, and had a better chance of avoiding brain shrinkage as they got older.

The study reveals that those who boasted the greatest levels of heart health developed brains that were up to 14 years younger when they moved into their fifties compared to unhealthier youngsters.

“These findings are exciting because these are all changes that anyone can make at a young age to help themselves live a long and healthy life,” said Dr Michael Bancks of Northwestern University Feinberg School of Medicine in Chicago.

“This may mean that heart health may have an impact on brain function in early life.”

The study followed 518 people for 30 years that had an average age of 51 and looked at factors such as cholesterol, blood sugar, blood pressure, diet, physical activity, weight, and smoking.

And the results showed that those who were the healthiest and fittest when younger had brains that were significantly larger when they reached middle age.

Dr David Reynolds, the Chief Scientific Officer at Alzheimer’s Research UK, commented: “This study backs up the motto ‘what is good for your heart is good for the head’.

“By following people for 30 years, these US researchers have shown how lifestyle decisions made in our 20s can impact us in middle age.”

Dr James Pickett, Alzheimer’s Society head of research, said: "There is already lots of evidence that exercising, eating a healthy diet and controlling blood pressure and cholesterol are important in reducing dementia risk in people in their 40s and 50s, but this study goes further - suggesting there may also be cognitive benefits in younger adults in their 20s."

It is never too early to start looking after ourselves, and while one shouldn’t live life crippled by such worries, living a healthy life is becoming easier and more fun as well.

By eating well, exercising, and taking time to look after our health on a Yorkshire spa weekend, we can take all the precautions we can to live long, happy, and healthy lives into older age.